Flight Controllers, joystick, mouse, and other!

Flight Controllers, joystick, mouse, and other!

I'm still in the designing phase for my SC setup. Some time to kill before I start spending dough.

Wanted your thoughts on a few things.

From a HOJAM perspective, what do you think of this? 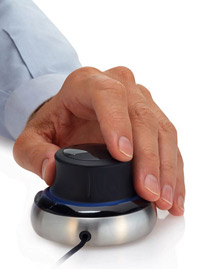 Has the novelty of being so crazy jus' might work...

Wife just got mad catz Fly 5 for SC. Might do the same.


Also: Someone incharge accept our admission to CKA in SC, Highwaym4n and Frinavale? or Lunetara. Kitsune was taken. The requests should be there.
Top

It's the pull up push down Y axis function I'm most interested in, Doc. The ability to pull up and push down Y axis control, and combination of that. That is to say, to strafe while maintaining forward facing, to descend while doing it, and never losing the horizon or forward facing, all by means of a single hand with no button pressing. To move like a hummingbird. A very angry hummingbird.
Top

Looking for an update, did you buy this gadget Nez?

I'm looking at a flight sim setup but haven't decided yet whether to go full HOTAS or just a joystick and keyboard.

I read a bunch of reviews and it doesn't seem like it would be a good idea because let's face it, space ships have many more functions than just this would provide.

I ended up buying an X55 rhino setup and it works great in Elite, thumb buttons on the throttle control work the thrusters beautifully.